Flotsam and Jetsam: Leaving the Blog

Do you know the difference between flotsam and jetsam? I didn’t. It’s a matter of intent. Flotsam is accidentally lost, jetsam is that which is intentionally jettisoned. Both wash up on ocean beaches; both inhabit our lives. 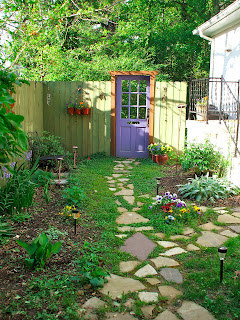 I began this blog a bit accidentally. I didn’t purposefully purchase a garden project; it just came with that cute house I bought in North Carolina in 2007, after a loss that was not intended. Restoring the garden accidentally saved my life. Lessons learned snuck into my journal. A writing teacher casually mentioned blogging. I was intrigued and dabbled in putting my learnings out there for others to read. I added photographs; first a couple with each post, then one per paragraph. Before I knew it, the garden, the writing, the photography, the blog had insinuated themselves into my life. 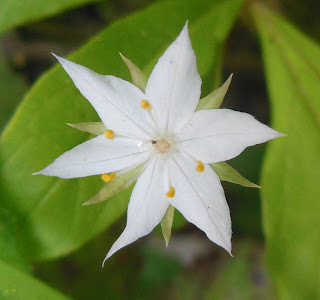 And now I have realized this: My passion for writing this story, and my loyalty to it, is distracting me from my obsession to write about this year in my childhood home with my mother. To learn about and write about growing old and how to relate to those who are already there. One year ago this month I jettisoned the garden. Reluctantly, as I am sure most jettisoning is. Usually, in order to move on, something has to be let go. Now I am jettisoning the blog. 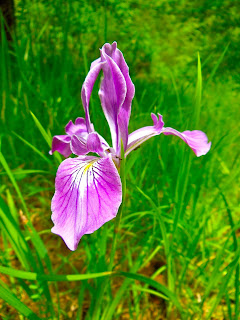 This blog has been my lifeline for three years. It seems longer; I keep trying to make it four with creative math. Begun on May 21, 2010, it was my first ongoing public writing. I was exploring gardening and being single and paying attention and thoughtful writing. 150 posts. That you have read it, and sometimes commented on it as you found meaning for your own life from it, has been more affirming and gratifying than you know.

I have also made friends through the blog. One, Amelia, lived on the other side of the country from me. Now we live in the same state. She also has a blog, and recently she wrote this: 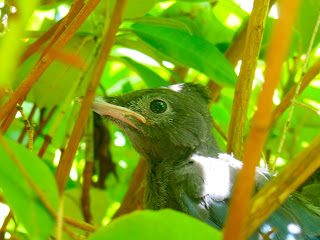 “My newest realization about why I write is that it has become a promise I make to myself. It is a promise to reflect on my day, to pay attention to little thoughts that keep appearing in my brain and need to be teased out and integrated into my thinking more fully. Composing and playing with words helps me exercise my intelligence as I work to choose the correct word and construct meaningful sentences and phrases. Writing with some regularity is therapeutic gardening for me. I can till, and weed, and plant and reap. I feel more alive because of it.” 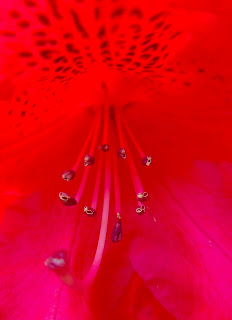 All of that is what writing this blog has been to me. Writing as therapeutic gardening has been my justification for continuing a garden blog after I left the garden. It is why I have been so reluctant to let this blog go, though I have considered it before. Will I stop paying attention? Will I stop trying to tease out the oddities and inspirations of everyday life? Who will I be without it? But this blog has become comfortable. And like a beloved career, it is keeping me from seeing what it is keeping me from. It is absorbing the energy my new obsession needs to become a passion. It is keeping me from teasing out other things and integrating them into my thinking. 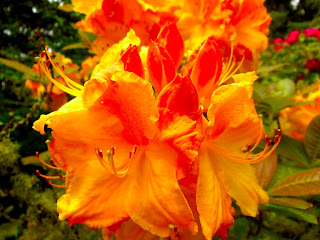 Last May I left my garden, but I decided not to leave my
garden blog. I would, I figured, find other gardens. And I have. And my new garden is much bigger than my quarter acre in North Carolina. It has mountains and ocean, valleys and hills. I have clung to the blog this year to get me through the transition to my new home, to see it, and to keep me connected to you. Now it’s become a crutch that I need to learn to walk without. I think I will grieve. I don’t deny that. I do not do well with clean breaks from meaningful relationships. But until we grieve, we can’t move on.

So, thank you dear readers. Thank you for your loyalty and your encouragement, of which there has been much. Look for me here: http://writingdownthestory.wordpress.com 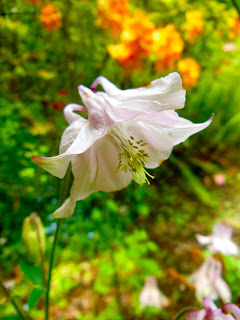 I publish Morning Sentences, photographs, and my other writing on my website, including my blog about life with Mama. I expect I will post about my view from the garden from time to time. Or reinvent the blog one day. I am open to possibilities. I do not want to jettison our connection; you can sign up on the site to follow me, if you wish. I hope you will.

"As I look back on my life, I realize that every time I thought I was being rejected from something good, I was actually being re-directed to something better" (Martin La Spina). I hope that applies to jettisoning something that has been very good for me.

See you in the garden. 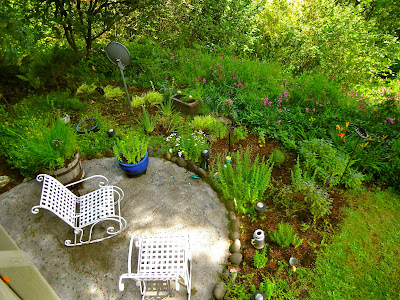 Labels: blogging, flotsam and jetsam, leaving the blog, why I write

I went on a driveabout yesterday on a beautiful May day in the Pacific Northwest.

I pick up my journey latte from the friendly guys at the Cup a Joe drive-thru near I-5 and head south on the interstate for a few miles, then turn west on now familiar Route 6. I note that the straight-in-all-directions poplar plantation is in full-out leaf now, its beauty a little less stark. Turning south again to Kelso, then west toward the coast, I get lost a couple of times, but eventually find my way back to the path.

I am heading ultimately for Astoria, a town on
a hill in Oregon overlooking the mighty Columbia. I may or may not get there, it doesn't really matter. Though I didn't know it yet, the majority of the day is going to be spent on Long Beach Peninsula that extends between the Pacific Ocean and Willipa Bay from Cape Disappointment, the southern most point of land on the Washington coast where the Columbia River shoots into the ocean and Lewis and Clark hung out, to Leadbetter Point to the north. It intersects with Hwy 101―that most beautiful of US highways―near the town of Long Beach. At 28 miles, it is the second longest continuous sand beach in the world. (The longest is in Bangladesh.)

I run into a little market to get a drink to go with the turkey sandwich and sweet potato chips I packed. I pass a college-age guy stocking shelves who asks how it's going. "Great," I say. I inquire after his well-being, because that's what you do. He grins and sincerely says, "Livin' the dream!" I walk on by then stop and turn: "Wow," I say, "that's really something!" He nods. I think to go back after I get my diet coke. I want to know how stocking paper towels at Sid's Market in Long Beach (which is, in my opinion, a truly boring beach, though I know my taste in beaches is mostly limited to me), is his dream; but he has moved on. I suspect it has nothing to do with the job. (I would think the Scrapbooking / Espresso / Tanning shop would be more interesting, myself.)

I drive north to the end of the road then walk
out the path over the dunes to the nearly deserted beach. No kite-flying here, or go-carts; most people don't stray far from the path of least resistance or highest entertainment value, in this case Long Beach. I eat my lunch on a single bench at the edge of the dune, watching for any endangered snowy plovers that signage promises is or could be nesting there. Seeing none, I walk up the beach hoping to get to the end. I walk a mile toward the lighthouse before deciding it's too far. On the way back to my car, on the wide low-tide beach, I find myself, for the first time in my life, deep-down feeling what it would be like to have a dog for a companion.

Determined to see where ocean and bay
converge, I head down the road to an access point and drive on the sand back up the beach to the lighthouse and encounter a "drive no farther" sign. After my previous two-mile walk, I am done with beach walking. I still want to get to the end, but I will save it for another time. A time when I will explore Lewis and Clark National and State Park at the south end more, too; when I have a Discover Pass and maybe a tent. I do get to Astoria, but just drive through.

As for the rest of the week, in yoga I unhappily found myself next to a heavy
breather. He's about 70, and I know his practice is his prerogative; but damn it, it affects my practice. Virtually every exhale for a hour is expelled forcefully through his mouth. I try to block it out. I can't. I try to let it go. I can't. About mid-way through the hour of this too-gentle class, we do a single down dog and I look past my belly button through my legs to the young woman behind me. She has the most beautiful tattoo I have ever seen: bleeding hearts vining down her upper right arm. I want one.

I took Mama to the DeGoode Farms in Mossyrock; featuring tulips right now. It was a bright sunny day, and she can't see in the sun. She said, "all I can see is color." I said that is pretty much what there is to see." Tulips of all colors among green leaves under blue sky.

This post is kind of random. It has been a random week. In fact, my life is feeling a little random. I will find my way back to the path; and just keep seeing what I see along the way.

I listened to a recorded book yesterday, a memoir by a woman who survived the 2004 tsunami in Sri Lanka, while her husband children, and parents perished. The recorded book before that was one in which a single childless woman became guardian of a teenager she barely knew. Random and random.

I don't believe we are assigned a life by our deity of choice, it seems far too random for that. Healthy or sick; lucky or unlucky; happy or unhappy; heavy breathers or those with flower tattoos. Life is just random. I am healthy, lucky, happy, and no more likely to breathe heavily in yoga than to get a tat. Though the bleeding hearts tempt me... And maybe I will get a dog someday... Or move to the left side of the country. Now that would be random.

PS: As I choose photos for this post, I notice it has been about the big picture lately, rather than close-up detail. And, as is often the case, the ultimate destination (in this case Astoria) is often not not where we spend much time. Life as metaphor.