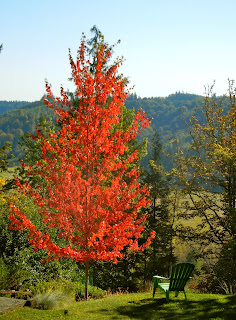 “There is a possibility－but no promises－of rain in the Pacific Northwest in about a week; breaking the about-three-month drought that has cursed or blessed us, depending on your point of view.” I hear this on the local public radio station Saturday morning as I head down the hill to Santa Lucia, past red and gold leaves and frost-covered roofs sparkling in the sunlight. The natives－at least the ones who are not dependent on rain for crops－are, I expect, happy to squeeze out every sunny day they can get; having lived through the longest rainy-season on record. (I made that last bit up, based on anecdotal evidence: my sister’s rantings.) I, on the other hand, moved here at the beginning of the drought from a state where it doesn’t rain nearly enough to suit my PNW blood (though it did this summer－after I left). 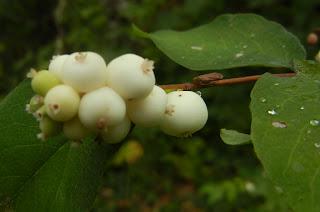 A friend emailed me this week to say it was snowing in her native Minnesota. She is currently living in North Carolina and that weather happening made her long for home. I have been enjoying the lung-cleansing crisp clear mornings here－and the afternoon warmth. The frosty roofs make me smile with anticipation of a possible real winter. I hope, after a snowless last winter in NC, there is white stuff here this year. But not yet! 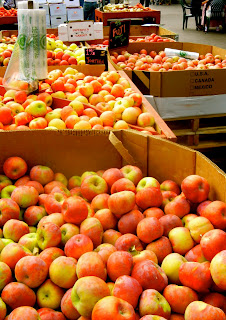 This week’s presidential debate is disappointing, or encouraging, depending on your point of view. The subsequent jobs report is hopeful, or twisted lies, depending on your point of view. Marriage is sacred, or a mockery, depending on who it is doing the marrying, and who is doing the opining. Is there anything at all that everyone agrees on? I must say, I hope not. That sounds kind of scary to me. At the risk of turning this post into a sermon, even more frightening is the political climate that has been happening in this country and around the world in recent years. The polarization into one’s own viewpoint to the exclusion of being able to see any shred of truth in anyone else’s way of seeing the world has probably been at the root of every war－in groups as small as family to as large as countries－since the beginning of time. The current time is no exception; we are at war within this country. 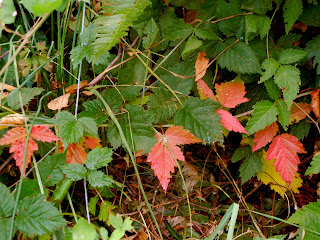 Kate Maloy (A Stone Bridge North, 2002), a Quaker, says, “I believe every religion has a piece of truth, as every human being does, even if it is difficult for outsiders, or even insiders, to discern. Troubles arise when we mistake our own small piece as the whole and regard the truth in others’ possession as upstart lies. ...When God fragmented oneness into the multifarious universe, She gave both Herself and us, out of boundless, risky, heartbreaking love, the only possible route to knowledge and understanding: comparison, diversity, opposition, contrast. ...Creation is fragmentation, first. To make anything－a house, a quilt, an omelet－we first have to break, cut, tear, collect the pieces or ingredients. Perhaps our job on earth is to find as many scraps of original truth as we can and fit them together again.” 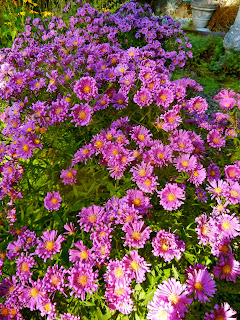 The garden is created from the tearing apart of the seed pods and the scattering of its potential onto other pieces of earth. Birds and bees and butterflies remove truth from one flower and plant it in another, propagating the species and giving birth to beautiful new ideas. In the spring, the soil is tilled and torn, and the garden is augmented, not destroyed, by the introduction of fresh rich soil from other sources. 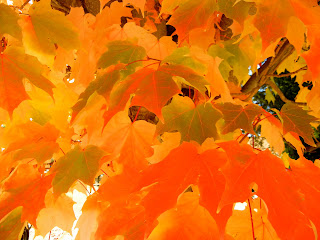 As I explore my universe this autumn, at Mt. Rainier and around my home in the woods, I cannot help but notice that it is not the red leaves that makes the landscape beautiful; it is the red, orange, yellow, and green living side-by-side that makes the world sing. 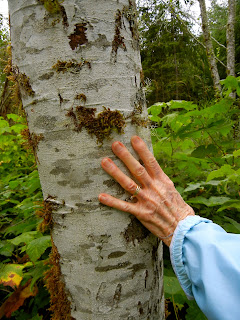 There are no promises in this life. No promise of good health, permanent relationships, financial wealth, fulfilling jobs, high-yield gardens, “enough” rain or sun or snow. But when we open ourselves to the idea of some bit of truth in every individual, political party, religion, and even climate, we open our lives to possibility. When rain and sun come together, there is a rainbow. A rainbow containing every color in the world.